Article shows that formation of farms in the state is a natural process of transformation of the agrarian sector of the state economy. The peculiarities of the transformational changes in sector of farms are revealed, formation of which as a segment of architectonics of agrarian sphere was carried out by implantation of basic principles of their functioning on the basis of foreign experience. It was shown that the institutional actions of authorities were insufficiently systematic and complex, which did not ensure the creation of a significant size, scale and social significance of the element of new architectonics of agrarian sphere. It has been established that farming is a new factor in the equalization of structural deformations in the agricultural sector, an instrument and mechanism for institutionalization and modernization of small-scale agricultural production. The assumption is made that the transformational processes in the agrarian sector are not yet fully completed, and its general architectonics is still constructively and organizationally imperfect.

Negative image of farmership among rural citizens has been formed due to the initial problems of the emergence of farming as a form of management. The image has been caused by paternalism of rural citizens, as well as by the direct way of implementation of farmership into the economic mechanism, while other ways of managing took place through the transformation of existing forms.

Therefore, from the point of view of architectonics, it can be argued that a significant proportion of the agricultural structure was at initial stage in an institutionalized inertia, and the introduction of farming suffered a rebalancing of economic relations in the system, including access to resources, markets for goods and services, sources of funding, and proper socialization of the its shape. The analysis of dynamics of the process of organizational and economic transformation into agrarian spheres indicates that the process is nearing completion within farmering entrepreneurs, and potential for the development of farming as an element of new architectonics of the agrarian sector are small-scale rural farms.

Through a production function, farming as a form of activity is endowed with full functionality, the effectiveness of which is limited by the resources available to this form. Therefore, an increase in the average size of farms, the diversification of activities creates prerequisites for the growth of the scale effect, including through the cost of transaction costs in the external environment, ensuring the dynamism, perspectiveness and performance of their functioning. Justification of the rational size of the farm is a system factor for the effectiveness of implementation of its production function. 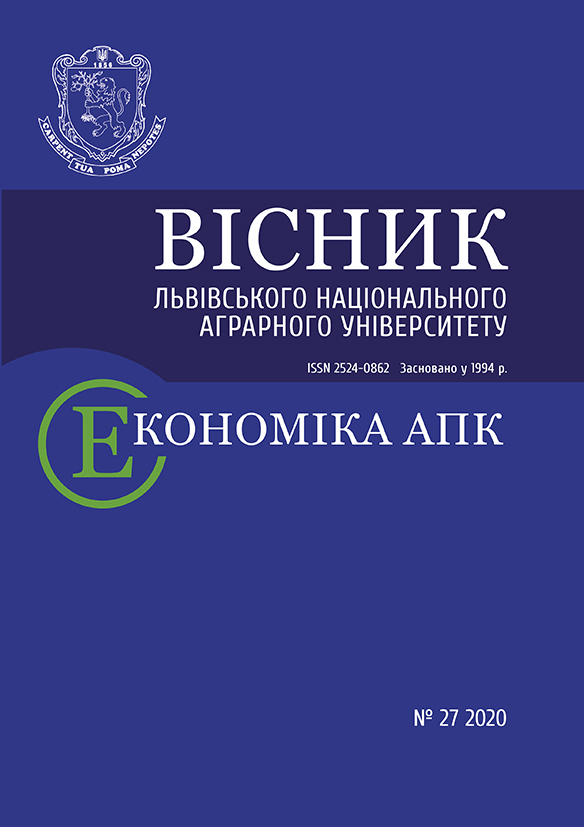